learning what it means 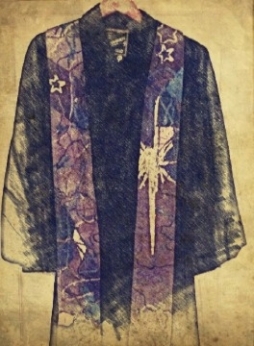 It has been over a month since I have posted.  I haven’t had much to say. I’ve been getting used to unemployment, sabbatical, or retirement, depending on the perspective of the moment.  I finished my term as the interim pastor for a small church on the southeast side of Houston on March 23.  And there is, at this time, no next thing.  I had interviewed for a call to be the Designated Pastor for a small church on the west side of Houston but I did not get it.  Aside from a momentary ego crisis, I wasn’t  disappointed though because I hadn’t really felt “called” to it and had  even prayed that if it wasn’t the right thing that God would slam the door.  If I’d been offered the job I would’ve taken it, called or not, because I so feared not having a pay check. Doing a ministry simply for the paycheck is not a calling.  It’s a mistake.

But I can tell you that, after almost a month of not having a pay check…life is good.  My husband, love of my life who I have bragged about before, is being super supportive as always and I think he is enjoying me being at home more and enjoying me being more present when I am at home.  I’m even making him a smoothie every morning as he leaves for work! Seriously. And I am enjoying being able to play with my precious granddaughters, Eloise and Avery, and in general be more available to others.  I’ve even made connections with some friends I hadn’t seen in years. And I’m resting.  And reading for fun.  And exercising! All in all, it feels like a super sweet spot.

At first it was a little hard to exhale.  I hadn’t realized just how much stress I had been carrying around and how shallow I had been breathing.  It’s taken this month to really let go (or, let it go) and begin to relax.  During the decompression process, I’ve gone through several levels of self-doubt, analyzing why it took me eight years to get through seminary and the ordination process only to end up only being in ordained positions for almost, but not even, three years.( Not even enough to be vested in the retirement plan!) I worried I might be a disappointment to others because I hadn’t lived up to their encouragement and support of me. And for the first time I woke up to the fact that, while I may be fairly new in ministry…I’m old.  I’ll be sixty in June.  And let’s face it, the church job market is at its most practical a job market, and younger is definitely better in the eyes of most search committees.  At first I kept chastising myself for being a failure.  For a day or two I wallowed in a concoction of guilt, self-pity, and depression.  But that was absolutely no fun and, thankfully, I woke up to the fact that I did not have to go down that old and worn out road.  I have preached grace. Now it’s time to live it. Heck, now it’s time to enjoy it!

When I first sensed a call from God, it was not at all about the credentials or the title or the money.  It was about a heart-deep yearning that came from God’s wooing to be a source of encouragement to others.  About participating in something that was better than anything I could have possibly imagined on my own. To be a proclaimer of God’s grace and love which is so much more expansive and far reaching than humanity has ever accepted.  And from the very beginning God opened doors and used me in ways that were just plain crazy by the world’s standards.  But somewhere along the way I begin to strive and pursue and work for a way “in” to the institutional system because it seemed like the necessary thing to do.  My focus slipped from the gift of opportunity that God was laying before me and, instead, I became slave to the demands of my own insecure vanities.

I’m grateful for the seminary education.  Very grateful!  But, on my last day of class I was struck by the truth that it too, just like my call, had been a gift from God, meant to build me up and equip me for what God had planned.   I had failed to enjoy and soak it in as fully as I could have.  Foolishly I had seen it as a necessary evil to get the credentials which I thought would serve as a key to the elusive door of human validation.   I was looking for permission from the world instead of seeing the gift of affirmation from God!  I almost missed it completely, and would have had it not been for God’s gentle nudging as I walked across the bridge over the creek to my campus apartment on my last day as a student.  I don’t know if it was the familiar creaking of the bridge or the way the light danced on the rocks as the water splashed over them, but there was something in the moment that spoke beautiful truth to me in a way that I was able to recognize. Oh, that I would have recognized it sooner!

And, I’m thankful for the opportunity of ordination.  Again, very thankful!  Being able to walk along side others by officiating weddings, baptisms, communion, and funerals is a privilege and a humbling honor.  Being allowed in those sacred moments of life with others is a joy that goes deeper than words.  But, sadly, after my ordination, it didn’t take me long to get stuck in the muck and mire of church politics and to come head on with the ugliness of the institutional aspects of church and my part in it.  These are anxious times for the denomination into which I was ordained, times of separation and strife.  I fear our witness for the love that Jesus embodied has been weakened and I wonder what the world must see.  We have something beautiful and life giving to offer.  But is it evident in our current divisive rants and decisions? How can we offer a message of grace to the world when we don’t even extend it to one another?

So, now, I find myself, ordained and credentialed to officiate weddings, and preside over funerals, baptisms, and communion, but a pastor without a congregation.  A pastor on the outskirts of the institution I strived so hard to enter.  In my wallowing, I asked the question, “Can a pastor be a pastor without a congregation?”  Thankfully, God spoke, through a wise friend and former supervisor, telling me that being a pastor is not what I do but rather what I am. It is what God created me to be, but what that means has turned out to be different from my preconceived notions. Surrendering to that reality has now freed me up to, as I said before, let go and enjoy this sweet spot of life.  Scripture tells us that God’s calling is irrevocable which reassures me that, whether or not I have a job in the church, I have a purpose in living out who I am in Christ and to be an encouragement of love to any and all neighbors… family, friends, strangers….you. This calling is a gift to be received, not a prize for which to strive.  A gift to be explored, enjoyed, and shared.  It seems clear to me now, but what a crazy path to get to this promised moment.  I suppose I’m not unlike the Israelites, who had to wander around in the wilderness for 40 years before they were ready to enter their promised moment in time.  Thankfully God’s grace has been with me all along, even when I didn’t recognize or lean in to it.  Again, much like the Israelites.

My hope and prayer is that you, today, know how loved you are and that you are receiving your life as the gift it is and one that is meant to be enjoyed. A beautiful gift of wonder in relationship with the One who holds us all.  There is nothing you could ever, ever do to make God love you any less.  And there is no striving you could ever do to make God love you more.  God simply loves you more than you can possibly imagine.  And that’s the good news of Christ. That’s Jesus. That’s Love.

Something to chew on….

5 Responses to learning what it means